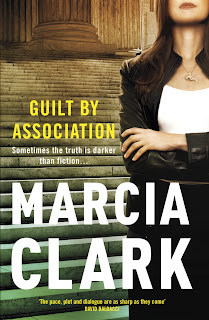 In Rachel Knight, author (and OJ Simpson prosecutor) Marcia Clark has created a feisty heroine with class and style - a terrific character for a heart-thumping new thriller series set in LA.

Rachel Knight is a Deputy District Attorney in the Special Trials Unit in Los Angeles, an elite unit that specialises in complex, high profile cases.

Rachel is smart and feisty, swears in the courtroom, carries an unlicensed gun, and has a reputation for being outspoken and insubordinate.

Rachel's life is shattered when her friend and colleague, a young attorney named Jake Pahlmeyer, is found dead in a seedy LA motel room, along with the body of a teenage male prostitute.

The police are calling it a murder/suicide, but Rachel is convinced there's more to the story. Despite an official warning not to get involved, she launches her own investigation into Jake's death. At the same time, she is under pressure to solve a high-profile rape case involving the traumatised teenage daughter of a rich and influential doctor who wants justice for his girl - at any cost.

Marcia Clark is a former Los Angeles deputy district attorney, and was the lead prosecutor in the OJ Simpson murder case. She wrote a bestselling non-fiction book about the trial, Without a Doubt, and is a frequent media commentator and columnist on legal issues. She lives in Los Angeles.

Marcia Clark made a name for herself as the prosecutor in the OJ Simpson Trial and has used this publicity to launch a career as an author. Normally, I’m always a bit sceptical of anyone who gets a book published soley because they have gained fame from some other walk of life, but this novel broke that mould. Grounded in what she knows Clark introduces us to determined LA District Attorney Rachel Knight. With a loyal team of fellow attorneys and investigators Rachel digs into the mysterious death of a colleague and uncovers something fairly unforeseen. Her fellow worker was found shot to death in a sleazy hotel along with a teenage boy. Questions about the circumstances flowed freely and Knight wanted to clear the name of her colleague.

It was not lost on me that the author’s middle name is Rachel nor that the character’s last name was Rachel. This could very well be a play on the heroic white knight image Clark gained during the OJ case. The main character was hell bent on finding the truth and setting the block up in a straight row to clear her colleague’s name.

Reading Guilt By Association reminded me of reading an early John Grisham book. John Grisham made a successful career writing books set around the legal system, and judging by Clark’s first novel, I can see her following in his footsteps.

Great read from a first time author.
Posted by Scott Wilson at 10:24 PM