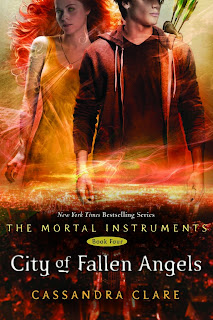 Eve: Thank you so much taking the time to chat with us here at The Fringe magazine. I’ve read the first three books in the Mortal Instruments series and really enjoyed them. I’ve also recently heard about the Mortal Instruments series being made into a movie, did you think that was a possibility when you started writing this series?
Cassandra: I really didn’t. I thought, this book is set in — the most expensive place to film — and it would contain a gigantic amount of special effects. No one will ever make this into a movie! But the joy of imagination is that it has an unlimited effects budget. And one of the great things about movies is that if someone comes along and falls in love with your books, they can make a movie out of anything.
Eve: Book 4 in the Mortal Instruments series, City of came out this month, how has it been received in the market so far?
Cassandra: I’ve been really gratified by its success not just at home in the US, but all over the world — it’s hit bestseller lists in Ireland, in the UK, and in Australia and NZ. I wanted to make the books accessible to everyone by creating a worldwide mythology, and I hope that it resonates with people in all different countries.
Eve: A lot of new writers often ask about the amount of pages or words that a published author produces each day. How much time would you spend writing on a typical day, (if a typical day exists for a writer that is)?
Cassandra: I have a word count per day. I write 2500 words. It depends if it’s an easy day for writing or a hard one. It can take an hour, or eight. 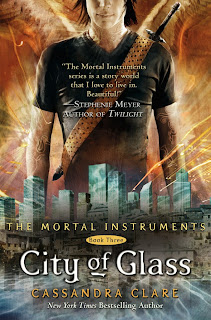 Eve: Do you have any ideas for books not in the Mortal Instruments series planned for the near future?
Cassandra: Yes, I have an idea for a high fantasy series, and for a realistic fiction book based in part on Pride and Prejudice, cowritten with another YA author.
Eve:  Where did the inspiration for The Mortal Instruments series come from?
Cassandra: I got the idea years ago - I was in a tattoo shop in 's when the idea came to me that it would be fun to write about characters who used magical tattoos to fight monsters. The characters
came just after that. It took about two or three years to develop that into a consistent magic system and a book. 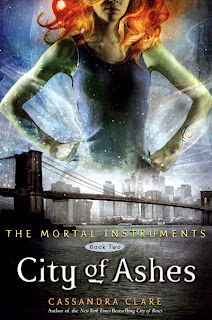 Eve:  How did the prequel, Clockwork Angel and the 4th book come about? Was the series originally just going to be a trilogy?
Cassandra:  I knew I wanted to write a second series of Shadowhunter books set in London, because London is one of my favorite cities — and why work so hard creating a demon-fighting force that spans the globe if you’re not going to visit new locations? I hadn’t nailed down a plotline though, until I was in London crossing Blackfriars Bridge and I had this sudden strong image in my head of a girl and a boy, in the period costume of the mid-Victorian era, standing on the bridge at night — and from one end of the bridge, unseen by them, was an army of clockwork creatures approaching. It was very eerie, and I was surprised to realize that the story was going to be historical. I tried to update it, but it just wouldn’t budge —  as the characters and the tale grew, I knew these people were the ancestors of the characters in the TMI books and that their story would contain elements that would enchance an explain later events.
Eve: As a writer it is interesting to hear what other writers read in their spare time. It is often surprising to hear the genres and variety of books other authors read. Can you tell us what are you reading at the moment and what you five favorite books are?
Cassandra: Dreamhunter, by Elizabeth Knox, Tender Morsels by Margo Lanagan, Swordspoint by Ellen Kushner, The Disreputable History of Frankie Landau-Banks by Emily Lockhart, by John Green. Right now I’m reading Shine by Lauren Myracle.
Eve: Who is your favorite character in Mortal Instruments and why?
Cassandra: It’s hard to have a favorite, but I always say Simon is the most like me and Magnus is the most fun to write. 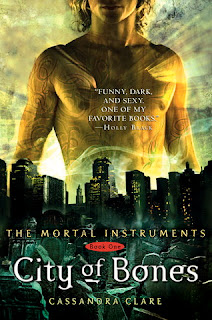 Eve: If you were stranded on a desert island, what five authors would you like to have as companions and why?
Cassandra: Holly Black, since we’re already good friends. Sarah Rees Brennan; she’s very considerate, and would probably let the rest of us eat her if we had to. Maureen Johnson and John Green would keep me amused with sarcastic comments. Scott Westerfeld is very inventive and I believe would go all Man vs. Wild for us.
Eve: Thank you very much for your time. I look forward to your next book.
Thanks!
Posted by Scott Wilson at 5:41 PM