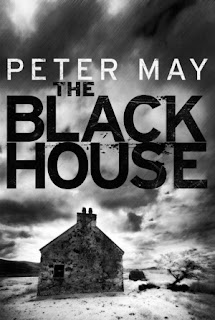 The Isle of Lewis is the most remote, harshly beautiful place in Scotland, where the difficulty of existence seems outweighed only by people's fear of God. But older, pagan values lurk beneath the veneer of faith, the primal yearning for blood and revenge. When a brutal murder on the island bears the hallmarks of a similar slaying in Edinburgh, police detective Fin Macleod is dispatched north to investigate. But since he himself was raised on Lewis, the investigation also represents a journey home and into his past. Each year the island's men perform the hunting of the gugas, a savage custom no longer necessary for survival, but which they cling to even more fiercely in the face of the demands of modern morality. For Fin the hunt recalls a horrific tragedy, which after all this time may have begun to demand another sacrifice. The Blackhouse is a crime novel of rare power and vision. Peter May has crafted a page-turning murder mystery that explores the darkness in our souls, and just how difficult it is to escape the past.

An award-winning journalist at twenty-one in his native Scotland, Peter May left newspapers for television and screenwriting, creating three prime-time British drama series, and accruing more than 1000 television credits before moving to France to concentrate on writing novels. He is the author of fifteen novels including two series: The Enzo Files and The China Thillers. May won the French Prix Intramuros in 2007 for Cadavres Chinois a Houston (Snakehead) and is the only Westerner to become an honorary member of the Chinese Crime Writers Association. The Blackhouse was published in French as L'Ile des Chasseurs D'Oiseaux before publication in English.

The Blackhouse is fifteenth novel by Scottish author Peter May and the first book in a planned trilogy called “The Lewis Trilogy”. The Blackhouse is a very dark and sombre crime/mystery novel set in the Scottish archipelago, Outer Hebrides. The opening of the book has some pretty horrific murders that are quite graphic and continues into the descriptive autopsy.

The main character Fin Macleod is a detective with his roots back on the island. Another common element is the murder he is investigated in Edinburgh is very similar to the recent one back on the Isle of Lewis. This is the main reason for his travelling back to Lewis to assist in the investigation of the current killing.

Once back on Lewis, Macleod’s story flicks from past to present with recollections of his childhood on the Isle. The character is well developed in this first novel and really sets the reader up for wanting to read the next two instalments in the trilogy.

If you like high detailed crime/mysteries then you’ll enjoy this one.
Posted by Scott Wilson at 2:04 AM