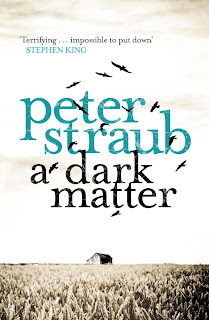 Forty years ago, Spenser Mallon led a group of young students to witness a brutal, ritual murder. The survivors never recovered. Now, it seems, he's back...

It is the 1960s and the charismatic and cunning Spenser Mallon is a campus guru, attracting the devotion and demanding sexual favours of his young acolytes. After he invites his most fervent followers to attend a secret ritual in a local meadow, the only thing that remains is a gruesomely dismembered body - and the shattered souls of all who were present.

Years later, one man attempts to understand what happened to his wife and his friends by writing a book about this horrible night and it's through this process that they begin to examine the unspeakable events that have bound them in ways they cannot fathom, but that have haunted every one of them throughout their lives. As each of the old friends tries to come to grips with the darkness of the past, they find themselves face to face with the evil triggered so many years earlier...

Peter Straub was born and educated in Wisconsin and lived in Dublin and London before settling in New York. Author of a string of bestselling novels, he is the recipient of five Bram Stoker Awards and twice winner of the International Horror Guild Award.

Stephen King in The Talisman. I’ve picked up a few novels by the author since, yet just haven’t become such a fan that I have to purchase everything that he writes. His latest novel, A Dark Matter, has made me re-evaluate this stance on his writing though. The year is 1966 in Madison, WI. Four high school students Hootie Bly, Dilly Olson, Jason Boatman, and Eel Truax come under the spell of an influencial guru called Spencer Mallon. Through his teaching he promises to introduce them to a higher reality.

During Mallon’s occult ritual, something goes hideously wrong and kills one of the group, leaving the four friends are forever changed. Each one deals with, or doesn’t deal with the tragic event in their own way. Hootie was taken to a mental institution. His only means of communication is quoting lines from Hawthorne's A Scarlet Letter. Eel marries Lee Hayward, her high school sweetheart, but she eventually loses her sight. Boatman, once a shoplifter, now runs his own theft prevention company. Olson never really got over the day either, struggling to cope day by day.

When Hayward writes a book about the incident, the group comes back together and each learns that their own personal account wasn't as accurate as they believed. This reunion is the first time they have had the opportunity to share their experiences with one another. Pieces of the puzzle are finally starting to come together to form a large, broad picture.

A Dark Matter is purely character-driven book, broken up into several parts, each devoted to detailing the account of each of the main characters. Through these different chapters, the reader is transported over a period of thirty years in a matter of pages.

As mentioned previously, this book as inspired me to give Straub’s other books a look in again.
Posted by Scott Wilson at 9:44 PM