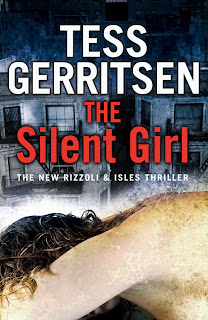 It's gory. It's gripping. It's Gerritsen. The new heart-stopping Rizzoli & Isles bestseller.

When a severed hand, clutching a gun, is found in a Chinatown alley in downtown Boston, detective Jane Rizzoli climbs to the adjacent roof-top and finds the hand's owner: a red-haired woman whose throat has been slashed so deeply the head is nearly severed. She is dressed all in black, and the only clues to her identity are a throwaway cell phone and a scrawled address of a long-shuttered restaurant.

With its wary immigrant population, Chinatown is a closed neighbourhood of long-held secrets - and nowhere is this more obvious than when Jane meets Iris Fang. Strikingly beautiful, her long black hair streaked with grey, she is a renowned martial arts master. Yet, despite being skilled in swordplay, neither she nor her strangely aloof daughter, Willow, will admit any knowledge of the rooftop murder. And pathologist Dr Maura Isles has determined that the murder weapon was a sword crafted of ancient metal from China.

It soon becomes clear that an ancient evil is stirring in Chinatown - an evil that has killed before, and will kill again - unless Jane and Iris can join forces, and defeat it ...

"The Silent Girl" is beautifully written, engrossing, fast-paced, and suspenseful. A severed female hand is found in the course of a perfectly normal Chinatown ghost tour.

We learn Chinese legends and culture in a story that is wonderfully mysterious and gripping. Jane's team is joined by a Chinese policeman who seems to have a chip on his shoulder but he is a great help as they investigate the murder of a woman on the roof of a building where a massacre happened 19 years earlier. The widow of a waiter who was killed in the massacre is also material to the investigation. They must open the cold case to solve the current murder.

Maura Isles has just testified in a trial where a cop is charged with murder. Her facts don't help his case so she suffers the consequences at every crime scene. The blue line is suddenly the enemy. In this story Jane is married to an FBI agent and has a little daughter, and Maura has just broken up with her boyfriend. That's a little jarring to someone who hasn't kept up with the books but doesn't hurt the story at all if you're just discovering them. Nor does the fact of Jane's parents' break-up.

It's a little difficult to tell you any more about the story without giving too much away, but I will tell you that a Chinese legend about a stone monkey is central to the mystery, a legend that Jane and her team begin to wonder might actually be true.

This is another engrossing thriller from a great writer. I love the twists and turns in the plot. I love how the story concludes. I highly recommend this fantastic crime mystery thriller