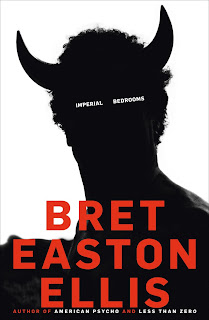 Twenty-five years on from Less Than Zero, we pick up again with Clay.

In 1985, Bret Easton Ellis shocked, stunned and disturbed with Less Than Zero, his "extraordinarily accomplished first novel" (New Yorker), successfully chronicling the frightening consequences of unmitigated hedonism within the ranks of the ethically bereft youth of 80s Los Angeles. Now, twenty-five years later, Ellis returns to those same characters: to Clay and the band of infamous teenagers whose lives weave sporadically through his. But now, some years on, they face an even greater period of disaffection: their own middle age.

Clay seems to have moved on – he's become a successful screenwriter – but when he returns from New York to Los Angeles, to help cast his new movie, he's soon drifting through a long-familiar circle. Blair, his former girlfriend, is now married to Trent, and their Beverly Hills parties attract excessive levels of fame and fortune, though for all that Trent is a powerful manager, his baser instincts remain: he's still a bisexual philanderer.

Then there's Clay's childhood friend, Julian – who's now a recovering addict – and their old dealer, Rip – face-lifted beyond recognition and seemingly even more sinister than he was in his notorious past.

Clay, too, struggles with his own demons after a meeting with a gorgeous actress determined to win a role in his movie. And with his life careening out of control, he's forced to come to terms with the deepest recesses of his character – and with his seemingly endless proclivity for betrayal.

IMPERIAL BEDROOMS will especially appeal to fans of his previous debut novel LESS THAN ZERO, and follows the teens into middle age. A successful screenwriter returns from New York to Los Angeles to help cast his new movie and faces his issues when he meets a lovely young actress determined to win a role in his movie. His interactions with her will reveal some frightening character defaults in this moving story, especially recommended for fiction collections that have seen popularity with his LESS THAN ZERO.

The novel may be read beyond a dramatization of American big money pathologies. Power is just one of the elements of its aesthetic experience. Beyond the purposely excessive, tour de force quality of the characters and violence, the noir-ish plot lines create a dynamic, weird geometry, radiating, collapsing, suddenly shifting. There are effects at times of expressionism, other times over-the-top horror flick, caricatures of porn, even a kind of realist cubism.
The violence may begin with cinematic suggestiveness, then it erupts into ugly degradation, without the entertainment value it usually has in movies. I believe Ellis can be read as an antidote to so many Americans' preference to avert their eyes from atrocities that continue to flow in our history, such as victims of carpet bombing by B52's in Korea or Vietnam. Such victims are called up to my mind when reading the atrocities in Ellis's novels, though the read can be hard to get through at those points.