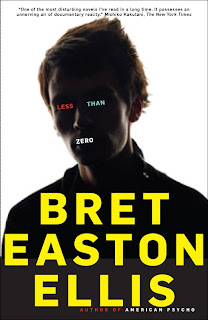 The cult classic re-issued to celebrate its 25th anniversary, before the publication of the sequel, Imperial Bedrooms

"One of the most disturbing novels I've read in a long time. It possesses an unnerving air of documentary reality" Michiko Kakutani, New York Times

In 1985, Bret Easton Ellis shocked, stunned and disturbed with his debut novel, Less Than Zero. Published when he was just twenty-one, this extraordinary and instantly infamous work has done more than simply define a genre; it has become a rare thing: a cult classic and a timeless embodiment of the zeitgeist. Twenty-five years on, Less Than Zero continues to be a landmark in the lives of successive generations of readers across the globe.

Filled with relentless drinking in seamy bars and glamorous nightclubs, wild, drug-fuelled parties, and dispassionate sexual encounters, Less Than Zero – narrated by Clay, an eighteen-year-old student returning home to Los Angeles for Christmas – is a fierce coming-of-age story, justifiably celebrated for its unflinching depiction of hedonistic youth, its brutal portrayal of the inexorable consequences of such moral depravity, and its author's refusal to condone or chastise such behavior

Less than Zero is a meditation on the soul-less, physically obsessed world that was born in the 1980s. Yes, perhaps the pendulum has swung to and fro since the publication, but I find the relevance striking to today's pop-culture aesthetic. Bret Easton Ellis documents the life of Clay, eighteen years old, back home in LA for the holidays from his New England College. Clay does little. He moves in a daze, from bedroom to pool to parties and tense family dinners, watching the lives of his family and friends – mostly fellow teens with no direction, too much money and too much freedom – their parents all divorced and mostly absent.

Ellis is an extremely talented writer. His writing is deceptive and layered. The best way for me to convey why I so far love his books is to relate what I think when I read them. I wonder what his characters say about me, why I am able to relate and what my reactions to what happens reflect about me. About LA (a place I hope never to return to) and other such cities, with sterile environments and filthy underbellies, places where people come together to consume and waste. About the indifference of youth and American culture. About relationships and detachment, self abuse and self worth, vanity and denial. What Ellis writes feels real, no matter how awful or horrific. That is truly frightening.

This book is especially disturbing to me because the youth portrayed are now everywhere, no longer only the rich or confined to the cities. Indifference spreads with each generation.

The main character has zero emotional attachments to his world, his family and friends. He has desensitized himself into acceptance. When he faces things in the book that shock or bother him, his true self shines through.