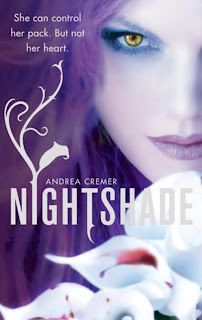 A stunning paranormal novel of forbidden love, destiny and werewolves by an astounding new voice in YA fiction.

She can control her pack, but not her heart . . .While other teenage girls daydream about boys, Calla Tor imagines ripping out her enemies throats. And she wouldn t have it any other way. Calla was born a warrior and on her eighteenth-birthday she ll become the alpha female of the next generation of Guardian wolves. But Calla s predestined path veers off course the moment she saves the life of a wayward hiker, a boy her own age. This human boy s secret will turn the young pack's world upside down and forever alter the outcome of the centuries-old Witches' War that surrounds them all. . .

Andrea Cremer spent her childhood daydreaming while roaming the forests and lakeshores of Northern Wisconsin. She went to school until there wasn't any more school to go to, ending up with a Ph.D. in early modern history - a reflection of her fascination with witchcraft and warfare. She currently lives in Minnesota with her husband, two dogs, and a parakeet

Let me start by saying that the cover of this book is absolutely majestic. Loved it. Nightshade is a new series in the paranormal romance/werewolf genre. Nightshade introduces us to a new fantasy world that was completely original and engaging. The creatures in the book really aren't werewolves, they are Guardians. They can turn into wolves anytime they want. They are sworn to protect the Keepers and must abide by their rules, but are given every comfort in life.

The main character, Calla, is the new alpha female of the nightshade pack, destined to be mated with Ren, the alpha male of the bane back, to make a new Haldis pack. She has known this since she was a little girl, and as an alpha female, Calla must be as pure as the driven snow, while Ren gets to run around with every girl at school. Calla's life changes when she is on patrol and saves a lost hiker from a bear attack. The hiker was badly injured by the bear and Calla has to give him her own blood to save his life, never expecting to see him again. However, the next day, the hiker appears at her school as a new student, named Shay. Turns out that Shay is of particular interest of the Keepers, Calla's masters, and she is directed to watch over Shay and keep him safe, but Calla can feel her growing attraction to Shay and is conflicted about how to act. Shay on the other hand knows exactly how he feels for Calla and isn't afraid to show it, until he discovers a hidden book in his uncle's library which may uncover the lies in Calla's family history.

Overall, this book is suitable for the older side of the YA audience as there are mentions of alcohol, implied sex, but nothing worse than kissing actually takes place.
Posted by Scott Wilson at 2:14 PM