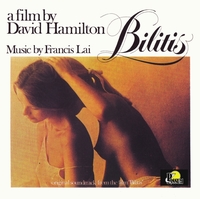 With many Movie Soundtracks, once the film has come and gone, the CD will sit on the shelf and never see the turntable again. The songs are usually meaningful as the score to the picture, but not cohesive enough to warrant putting together as a collection. Franci Lai's Bilitis Soundtrack is an exception to this rule.

The romantic themes and magestic beauty of the pieces on this CD can be played as a soothing and relaxing background music while reading or painting, or at a romantic dinner. Franic is a French composer who has won Academy Awards for his music scores and this Soundtrack is a great example of why.
Posted by Scott Wilson at 12:26 PM