Book Review: The Who By Numbers: The Story Of The Who Through Their Music by Alan G. Parker and Steve Grantley 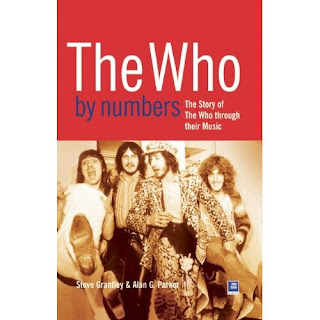 From "I Can’t Explain" to Tommy, from "Won’t Get Fooled Again" to 2006’s comeback studio album Endless Wire, The Who By Numbers tells the story of The Who’s extraordinary, electrifying career, track by track.

Alan G. Parker is the author of many rock books, including the best-selling Sid Vicious biography No One Is Innocent.

Steve Grantley combines writing with the life of a professional drummer and currently plays with Stiff Little Fingers and The Alarm.

This book is not a comprehensive biography of The Who, nor is it a full list of every song ever written by the band, but rather a combination of both, taking in elements of both styles to make an interesting and original read about a legendary band that shaped a generation.

Each chapter begins with a short introduction to the events surrounding the writing, recording and production of a specific album and its subsequent singles. Following on from these pages are short to lengthy details about specific songs for that album.

The format of this book is no doubt developed by Steve Grantley, who is a drummer and member of the British band Stiff Little Fingers. It reads like the development of an album written from an insider, which is what Grantley would be experienced in. This element really adds a unique element to the format of the book and makes it an extremely interesting read.

One of the only things I can fault with this book is the lack of photographs, both of the band and album covers relating to the chapters.
Posted by Scott Wilson at 2:48 AM