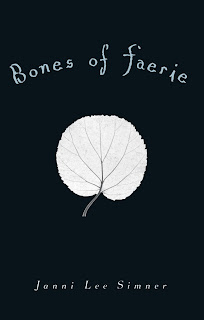 A dark fairy-tale twist on apocalyptic fiction - as familiar as a nightmare, yet altogether unique.

The war between humanity and Faerie devastated both sides. Or so fifteen-year-old Liza has been told. Nothing has been seen or heard from Faerie since, and Liza’s world bears the scars of its encounter with magic. Corn resists being harvested; dandelions have thorns. Trees move with sinister intention, and the town Liza calls home is surrounded by a forest that threatens to harm all those who wander into it. Still, Liza feels safe. Her father is strong and has protected their town by laying down strict rules. Among them: any trace of magic must be destroyed, no matter where it is found.

Then Liza’s sister is born with faerie-pale hair, clear as glass, and Liza’s father leaves the baby on a hillside to die. When her mother disappears into the forest and Liza herself discovers she has the Faerie ability to see - into the past, into the future - she has no choice but to flee. Liza’s quest will take her into Faerie and back again, and what she finds along the way may be the key to healing both worlds.

The scene is set,20 years after the war between faeries and humans the planet lay in ruins, most of it covered in hostile wilderness, inhabited by plants and animals that were changed by faerie magic. Liza, a teenage girl living in what used to be the Midwestern United States, has always been taught that magic kills. Children who are born infected with magic, evinced by the child's resemblance to the people of faerie, are either killed or left in the wilderness to die. This is the fate of Liza's newborn sister, after which her mother left. When Liza discovers that she may have magical abilities she flees the town with her friend. Their journey eventually leads them to faerie, in search of answers and Liza's mother.

Janni Lee Simner has created a truly haunting, post-apocolyptic world devastated after a war between humans and faeries. The natural order of things is out of balance and the very elements and landscape screams out from the damage done. This book has been written with passion and such emotion that it is hard not to feel for both sides and the planet after the devastation caused by a relentless and futile battle between man and faerie.

Scattered throughout the pages were the allusions to us and the current events surrounding people every day, such as war and the outcomes of war. A moral is told through the lessons Liza learns, among other things, that there are two sides to each story and though you might be brought up thinking, "these people are the bad guys" that doesn't make you the good guy. This book really makes one think about how war affects each and every individual, even years after it may be over. There are repercussions and no one is without fault. We must all live with our mistake, yet except people for what they are.

Even in the doom and gloom of the aftermath of this war, there is still hope and love can still blossom. Simner has created a very unique concept and executed the plot perfectly. The only complaint I have is that the cover does not do the book justice at all.

I am looking forward to the sequel to find out more as there are so many questions left unanswered.
Posted by Scott Wilson at 8:16 PM