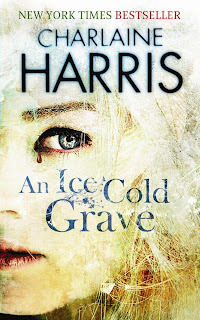 Harper Connelly was struck by lightning as a teenager, and now she can find the dead. In her third case, Harper and Tolliver, her stepbrother, are hired to find a missing grandson. But the truth is far worse than a single dead child, for numerous teenage boys, all unlikely runaways, have disappeared from Doraville, North Carolina. Harper soon finds the eight bodies, buried in the half-frozen ground, but then, still reeling from coming into contact with her first serial killer, she is attacked and injured. Now she and Tolliver have no choice but to stay in Doraville while she recovers, and as she reluctantly becomes part of the investigation, she learns more than she cares to about the dark mysteries and long-hidden secrets of the town: knowledge that makes her the most likely person to be next to end up in an ice-cold grave.

Charlaine Harris is the author of several internationally bestselling series. She is married, with children and lives in Arkansas.

The third in this series about Harper Connolly, who can detect corpses, continues with her first serial killer case. The limitations of her ability, as always, make it hard for her to help figure out "who done it," especially when all she wants to do is leave Doraville. An ice storm helps ensure that she and Tolliver get stuck there, however. Arriving in a small town in North Carolina to find a missing boy, Harper instead finds eight, and the hunt for a serial killer is on. When Harper is attacked, she and her stepbrother Tolliver are stuck in town, and are drawn into the mystery of who could be killing these boys.

Harper and Tolliver are rather interesting protagonists, two people just trying to make a living from their unusual gifts and keeping to themselves. They seem to keep getting pulled into other people’s affairs. In this case, the discovery of a serial killer, an attack on Harper, and several other events all conspire to keep the two in Doraville much longer than they’d like.

The story moves quickly and at 280 pages it is easy to speed through and finish. There is also a long detailed sex that Harris had been leading up to it through both the previous books that will please some of the ongoing readers.

Overall, this third book in the series ties up some of the lingering issues from previous books and leaves the MC ready for another adventure in the next book.
Posted by Scott Wilson at 12:53 AM