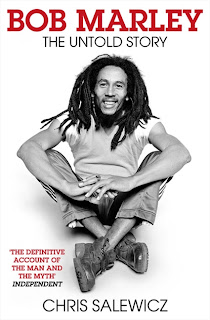 May 11, 1981, a little after 11.30 in the morning, and Bob Marley -- only thirty-six years old -- died. The man who introduced reggae to a worldwide audience, Bob Marley was a hero figure, in the classic mythological sense. From immensely humble beginnings, with talent and religious belief his only weapons, the Jamaican recording artist applied himself with unstinting perseverance to spreading his prophetic musical message.

In 1980, the European tour of Bob Marley And The Wailers played to the largest audiences a musical act had up to that point experienced there. Sales of Marley′s albums before his death were spectacular; in the years since he died, they are phenomenal.

Chris Salewicz, bestselling author of Redemption Song, the classic biography of Joe Strummer, interviewed Bob Marley in Jamaica in 1979. Now, for the first time, in this thorough and detailed account of Bob Marley′s life and the world in which he grew up and came to dominate, Salewicz brings to life not only the Rastafari religion and the musical scene in Jamaica, but also the spirit of the man himself. Interviews with dozens of people who knew Marley and have never spoken before are woven through the narrative, as Salewicz seeks to explain why he has become such an enigmatic and heroic figure.

Bob Marley: The Untold Story is a good inside look into the life and legend of one of the well known musicians of the seventies. As well as the author research, there are dozens of informative interviews with those that knew Marley.

Salweicz begins the story during Marley’s days as a young lad and finishes with his untimely death in 1981. This book also helps the reader understand about the Jamaican lifestyle, which is quite different to that which most readers would be familiar with. It is quite interesting to see how the gradual introduction of various styles of music into the Jamaican culture.

There is also a substantial amount written about two other people who had a significant impact on Marley’s life; Peter Tosh and Bunny Livingston. Pages are also devoted to the recording of Bob Marley and The Wailers albums and also how Marley’s Rastafari beliefs shaped his music and political stance.

A very interesting biography about a very unusual man.
Posted by Scott Wilson at 6:55 PM