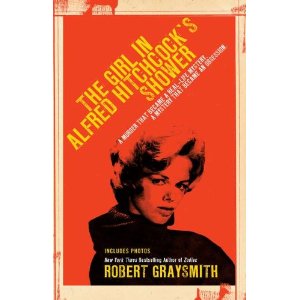 This real-life mystery of murder, body doubles and obsession is an investigation into the death of Janet Leigh’s famous shower scene body double, who was raped and murdered by a serial killer with a fetish for the classic Hitchcock shocker.

Marli Renfro was a model who played a part in one of the most iconic scenes in American movies- as Janet Leigh's nude body double in Alfred Hitchcock's Psycho-only to fade into obscurity, a footnote in Hollywood history. It wasn't until 1988 that Marli Renfro made news again-raped and murdered by a serial killer with a fetish for the classic Hitchcock shocker. But as Graysmith investigated Marli's story, a nagging doubt entered his mind. What if Marli was still alive? What if another woman had been murdered in her place? And if Marli was still alive, would he ever find her?

The line between art and reality is blurred in this astonishing coda to one of the most memorable screen murders of all time, and to a real- life crime that one man was determined to solve.

The book is the story of a young girl, Marli Renfro. Marli is a beautiful girl who finds herself posing for many men's magazines in the 1960's. She was on the cover of several issues of Playboy. She also spent some time as a Playboy Bunny at the Playboy Club in Chicago.

At about this time Alfred Hitchcock was filming "Psycho", one of the most highly recognized films in the world. It was not until after the film was released that it was discovered that Janet Leigh had a body double for the infamous "shower scene". In the scene, if you saw anything other than Janet Leigh's face - you were really looking at the body of Marli Renfro.

Basically Hitchcock used a body double by the name of Marli for the famous shower scene in Psycho. The first several chapters are about her on the set of the film. Then the chapters start going back and forth between Marli's life and the life of a Norman Bates type guy named Sonny who starts murdering older women.

The real mystery comes when Marli Renfo suddenly and inexplicably disappears. It is believed that she has fallen prey to someone trying to duplicate the "Psycho" murder.

This is a very satisfying read and keeps the readers interest to the very end when we find out what really happened to Marli. I found that the most fascinating parts of the book dealt with the making of the movie, especially the shower scene. Looking back at it now, it is easy to see why it took numerous cameras and five days of shooting to bring 45 seconds of horror to film. The scene, even today, is filled with controversy, and the book gives some insight into what did or did not happen on the set.
Posted by Scott Wilson at 12:35 AM