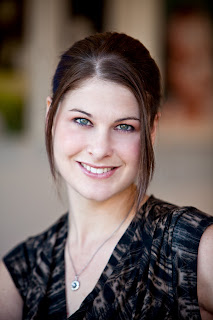 Scott: Thank you so much taking the time to chat with us here at The Fringe magazine. I’ve recently finished reading your latest novel Enticed and thoroughly enjoyed it. How has it been received it the market to date?

Jessica: Hi Scott, Thanks for taking the time to read Enticed – I am so glad you enjoyed it. Enticed has been out in the market for a couple of weeks now, so far, the reaction has been great. Really exciting actually. It is nerve wracking, putting out a second book to a series that has had a dream start. I really wanted readers to be entertained by the story and feel that the character developments were right and fulfilling. At this stage, I couldn’t ask for a better reaction (touch wood!).

Scott: When you began writing the Violet Eden Chapters, did you plan to continue the story on after the first book, or did it just evolve into the series naturally?

Jessica: When I started writing Embrace, I had no idea I was even writing a book. First, it was a page, then a chapter, then a plot … and so on. In the end, it became a book. At some stage when I started breaking down the plot I realised the capability of this world Violet lives in and that her story, and those of the characters close to her, had many layers. I guess in its own way – it evolved into a series naturally.

Scott: Having written a series about angels and part angel part human beings, you probably get asked a lot if you are religious. I think it would be more interesting to know where you came up with the idea of the Grigori?

Jessica: Grigori are not my creation – more a religious reference I played with and built into Violet’s world. In mythology the Grigori were indeed angels that resided on earth – sentinels that appeared like giants that never slept. At the time of Noah’s Flood, it is reported that the waters came due to the failures of these Grigori angels – they became entrenched in humanity, obsessed with woman and having children that they needed to be wiped out. I used these stories as the basis of the series. If angels were so corruptible – to whom would the duties they were once responsible for fall to? This is where the idea of angel-human hybrids comes from.

Scott: I love your website, there’s just so much to read and it’s very well presented. In particular I found the page about Myths and Music interesting. Besides Florence and the Machine, what other music inspires you when writing?

Jessica: Thanks very much. The website has been a great avenue for me to talk directly with readers and provide more info for those that are interested.

I listen to heaps of music. I love bringing music into my writing. There are often scenes/chapters that I want to listen to a particular song when thinking about. I listen to a lot of Broken Bells, Temper Trap, Sia, Anya Marina, Lissie, Neon Trees, Adele. I like old remixes, modern takes on 80’s music. Books are a world of imagination and sometimes putting music to that imagination opens up new layers. I am just about to post a whole new bunch of music on my website for Enticed.

Jessica: It varies. I have two young daughters so they often dictate what I can and can’t. Some days I can write around 6000 words, others I barely get a line finished. There are so many different stages.

That said, I treat my writing as a job (one that I love very much) and implement a certain amount of discipline around it. If I sit down for a day of writing – I will often not leave my computer for a 10 hour stretch. I also write at night once the kids are down. I am forever looking at my watch and seeing that, once again, I have lost half the night of sleep tapping away!

Jessica: The first extended pieces of writing I have done are my books. I never wanted to go down the short stories road – it is not something I am confident with, but maybe later on. Embrace is the first piece of my writing to hit any market.

Jessica: Yes. There is no set rule. I find each book takes on a different feeling. With Embrace I started writing, got a feel of the characters I was introducing, then set up a plot breakdown, then the research, then the chapter breakdown. I think I mapped out 18 chapters and ended with 36 so that shows how flexible these things are. With Enticed, I wrote the first half then went back and rewrote it and polished it until I was fairly happy before proceeding with the second half. It just felt right for that book – partly because the back half was emotional for me to write and it took some time to build up to it.

Chapter breakdowns are important to me – I don’t like going in blind, I need to feel a certain amount of control, but also, am always willing to make a change. It’s organic.

Jessica: At the moment, I am reading; The Alienist by Caleb Carr.

I am terrible at the favorite books question. Really. But lately I have been enjoying reading books on magic – in particular Devon Monk’s Magic series. C.S. Lewis is probably the author I admire the most. I also just read Burn Bright by Marianne de Pierres – I highly recommend it! In general, I like to read in the fantasy genre, both YA and adult.

Scott: Who is your favorite fictional character and what is it about them that you like?

Jessica: Dorothy from The Wizard of Oz. Mostly, I like her ruby red shoes (if ever there was a fashion statement!) – that and that she got to go home at the end.

Lewis; for somewhere magical to escape to and friends in least expected places, King; to add a touch of terror and character to all that goes bump in the night, Frost; to bring some kick-arse humor, Golding; to draw the lines and make it a seriously messed up war, and Collins; to team up with!

Thanks Scott.
Posted by Scott Wilson at 2:58 AM