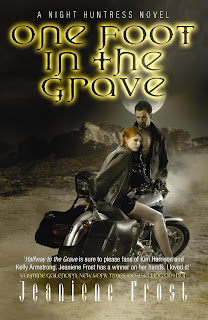 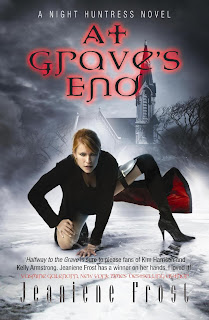 Half-vampire Cat Crawfield is now Special Agent Cat Crawfield, woeking for the government to rid the world of the rogue undead. She's still using everything Bones, her sexy and dangerous ex, taught her, but when Cat is targeted for assassination, the only man who can help her is the vampire she left behind. Being around Bones awakens all her emotions, from the adrenaline rush of slaying vamps together, side by side, to the reckless passion that consumed them. But having a price on her head - wanted: dead or half-alive - means her survival depends on teaming up with Bones. And no matter how hard Cat tries to keep things professional between them, she'll find that desire lasts forever...and Bones won't let her get away again.

It should be the best time of half-vampire Cat Crawfield's life. With her undead lover Bones at her side, she's successfully protected mortals from the rogue undead. But though Cat's worn disguise after disguise to keep her true identity a secret from the brazen bloodsuckers, her cover has finally been blown, placing her in terrible danger. And if that wasn't enough, a woman from Bones' past is determined to bury him once and for all. Caught in the crosshairs of a vengeful vamp yet determined to help Bones stop a lethal magic from being unleashed, Cat's about to learn the true meaning of bad blood. And the tricks she's learnt as a special agent won't help her here. She's going to have to fully embrace her vampire instincts if she's going to save herself - and Bones - from a fate worse than the grave.

Cat and Bones are back in One Foot in the Grave and At Grave’s End, in two sequels that will entertain those who enjoyed the first one in the series.

Cat is a vampire slayer with attitude and a wit as sharp as her stakes. There’s lots of fast paced, high-octane action coupled with some pretty humourous and dialogue. Expect an uproariously fun catfight, and smokin’ hot romance, including one delectably erotic sex scene that almost shouts out X rating for the book. It’s one of hottest scenes I’ve ever read because it consists of some very explicit and tantalizing fanged fantasies of having a doting vampire for a lover whose sole desire is to deliver ultimate, exquisite pleasure. Bones is some serious competition to the other fictional vamp lover for those fang banging fans.

Not a bad little pulp fiction serious to be taken for the entertainment value it aims at delivering.
Posted by Scott Wilson at 6:15 AM