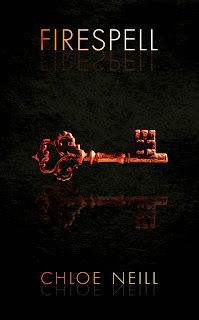 Firespell: Dark Elite #1
Chloe Neill
ISBN 0575095407(978-057-509540-3)
RRP $29.99 July 2010
Gollancz Paperback (216 x 135)
As the new girl at the elite St. Sophia's boarding school, Lily Parker thinks her classmates are the most monstrous things she'll have to face. When Lily's guardians decided to send her away to a fancy boarding school in Chicago, she was shocked. So was St. Sophia's. Lily's ultra-rich brat pack classmates think Lily should be the punchline to every joke and on top of that, she's hearing strange noises and seeing bizarre things in the shadows of the creepy building. The only thing keeping her sane is her roommate, Scout, but even Scout's a little weird - she keeps disappearing late at night and won't tell Lily where she's been. But when a prank leaves Lily trapped in the catacombs beneath the school, Lily finds Scout running from a real monster...
Note: Prices subject to change.

Neill knows how to tell a story, and Firespell is certainly a good one to read if you’ve never heard of her before. The story is well paced and keeps the reader on the edge of their seat. Neill combines traditional interpretations of witchcraft with a version of vampirism in her intriguing world of magic beneath the city of Chicago.

Characters in the book are the Reapers, who refuse to let go of their power but must take energy from others to maintain it, and the Adepts, who vow to give up the power when it's time. Where the story really starts getting interesting and complicated are the connections between the Adepts and Lily's. While not the most original novel to hit the current market flooded with paranormal romance, Firespell and its supernatural danger, intrigue, and romance is still an enjoyable read.
Posted by Scott Wilson at 6:02 AM