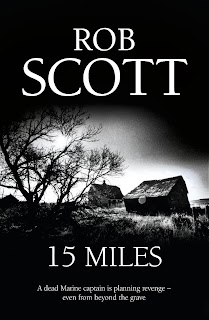 Samuel 'Sailor' Doyle has transferred from Vice to Homicide in the Virginia State Police. He has a mistress, an alcohol problem, a prescription drug dependency and a burgeoning self-loathing that alienates his wife and family. On Friday 3 July, the rookie investigator is assigned to a double homicide on a rural farm some 15 miles outside Richmond. One of the victims has been interred in a makeshift tomb, while the other is stuck half-in, half-out of a hope chest overflowing with cat litter. And the farm is covered with dead bodies: dozens of cats, sheep, goats, cows and one dead horse. The mentally handicapped daughter of the victims, Carl and Claire Bruckner, is missing. But what Doyle fails to realise as he follows the various clues is that wherever he goes, he is spreading disease - and not just any disease, it is the plague.
Note: Prices subject to change.

This story is a departure from the usual fantasy world we’ve come to know from Rob Scott. Scott has thrown us into a world of suspense and horror in 15 Miles.

There are some similarities to Stephen King’s “The Stand” in the theme of this novel, but it is a much shorter and faster paced story. A super plague, threatening to take out the population of the world in record time, not what you’d expect at the start of the story. What starts out to seem like another crime novel, quickly evolves in to a supernatural thriller. The characters are witty and crude at times, not a story I’d recommend to anyone easily offended by profanity, which the detective uses quite freely.

This one’s worth reading if you like subtlety and suspense. The horror element of this book is tucked in bed comfortably with the gumshoe detective.
Posted by Scott Wilson at 5:51 AM