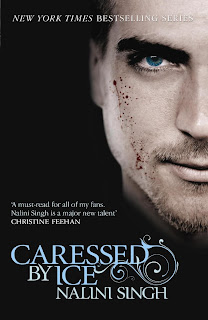 As an Arrow, an elite soldier in the Psy Council ranks, Judd Lauren was forced to do terrible things in the name of his people. Now a defector, his dark abilities have made him the most deadly of assassins - cold, pitiless, unfeeling. Until he meets Brenna... Brenna Shane Kincaid was an innocent before she was abducted - and had her mind violated - by a serial killer. Her sense of evil runs so deep, she fears she could become a killer herself. Then the first dead body is found, victim of a familiar madness. Judd is her only hope, yet her sensual changeling side rebels against the inhuman chill of his personality, even as desire explodes between them. Shocking and raw, their passion is a danger that threatens not only their hearts, but their very lives...

If you’ve read the first two books in this series then you’ll be happy with this one. The story continues along nicely and the characters develop further, as does the plot. If you haven’t read the first two books, do yourself a favour, as Molly Meldrum would say, and pick yourself up a copy.
Nalini Singh is able to make a character like Judd, cold, emotionally unavailable and still make him hot and sexy. The main characters, Brenna and Judd have become better developed and Nalini is really in full swing with her story in this third installment. I like the development of their relationship, so sweet and poignant. I like Judd’s quiet steadiness, Brenna’s stubborn strength, and most especially the powerful, almost inexplicable attraction between two unlike individuals who has fostered a strange friendship that will metamorphosed into a true bonding that will be their salvation.

I highly recommend this book to anybody who likes the urban fantasy/romance genre.
Posted by Scott Wilson at 10:36 PM