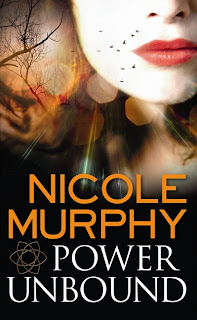 For centuries, the gadda have worked to keep their identity secret from the rapidly expanding human race. All this is now at risk - the most terrible of gadda teachings, the Forbidden Texts, have been stolen and the race is on to find them.

Ione Gorton may have got her best friend back from Australia, but Maggie′s elevation to the ranks of the guardian’s means that she′s not around as much.

And when Stephen O′Malley, almost the youngest (and definitely the hottest) ever candidate for the sixth-order test, needs a place to stay after still more strange violence hits Sclossin, Ione is all too happy to lend a hand ...

But Ione, like Maggie before her, is soon a target for the forces behind the theft of the Forbidden Texts, and the now-urgent search for the artefact will change life for gadda and human alike.

Power Unbound is the second novel in the Dream of Asarli series, and follows on from book one, The Secret Ones quite nicely. Unlike many other sequels, Power Unbound is a very self contained story and can be enjoyed by the reader regardless of if they have read Nicole’s first book in the series. This is a pretty mean feat as many series tend to recap previous books so much that it pulls the reader out of the story, especially those followers who have been reading from the first book.

Murphy’s ability to create a new world within the familiar setting of our own is spectacular. The book is set in Ireland in a town called Sclossin inhabited by a race known as the Gadda. It is a majestic piece of writing with the Gadda and Human worlds sitting side by side with some interaction between the races without the knowledge of the humans.

The main character is Ione, a Gadda without magical powers common to her race. Murphy creates a great deal of sympathy in the reader by developing this powerless, magical being that relies on the ever so mundane human method for living. She appears so un-evolved compared to the rest of her race, who are able to complete just about every routine and everyday task by mystical means.

This is a great, easy to read series and one that I look forward to reading many more books in.
Posted by Scott Wilson at 1:57 AM