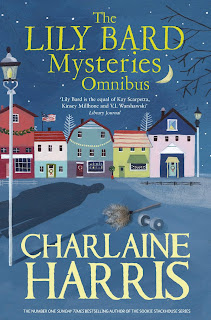 Lily Bard just wanted to start life over - but life had different ideas. A thrilling crime series from an international bestseller!

Lily Bard is starting over again. She's disguised herself as much as she can, cutting her hair short and wearing baggy clothes and she's moved to Shakespeare, Arkansas, where, working as a cleaning lady, she can sweep away the secrets of her dark, violent past.

But Shakespeare is not the peaceful little community Lily had hoped for and her idea of just fading into the background looks like it's doomed right from the beginning, when she discovers the dead body of her landlord...

Before long, everyone is going to know Lily Bard's name

The Lily Bard Mysteries Omnibus is one big book, containing the five Shakespeare novels in one volume. Lily Bard is a strong, well written heroine who lives in a small town called Shakespeare and cleans for a living. While she goes about her business, she often picks up juicy gossip and inner secrets of the town’s residents. It’s just as well Lily keeps to herself pretty much as she would find it easy to alienate herself and create many enemies if she spread the dark secrets she came across every day.

The five books in this series are quite short and easy reads in the mystery genre and a world away from the Sookie Stackhouse series that Harris is famous for writing. That being said, within a small amount of pages for each book, Harris quickly develops a variety of colourful characters and imagery for the little town that make it a pleasure to read. Each story is rich in detail and contains many layers and twists that make them a delight to read.

You won’t find any fang bangers in this Omnibus, but there are five great little mystery stories.
Posted by Scott Wilson at 3:06 AM