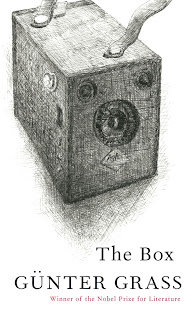 The sequel to Grass's controversial and successful book Peeling the Onion.

Once upon a time there was a father who, because he had grown old, called together his sons and daughters - four, five, six, eight in number - and finally convinced them, after long hesitation, to do as he wished. Now they are sitting around a table and begin to talk...'

In this delightful sequel to Peeling the Onion, Günter Grass writes in the voices of his eight children as they record memories of their childhoods, of growing up, of their father, who was always at work on a new book, always at the margins of their lives. Memories contradictory, critical, loving, accusatory - they piece together an intimate picture of this most public of men. To say nothing of Marie, Grass’s assistant, a family friend of many years, perhaps even a lover, whose snapshots taken with an old-fashioned Agfa box camera provide the author with ideas for his work. But her images offer much more. They reveal a truth beyond the ordinary detail of life, depict the future, tell what might have been, grant the wishes in visual form of those photographed. The children speculate on the nature of this magic: was the enchanted camera a source of inspiration for their father? Did it represent the power of art itself? Was it the eye of God?

The Box is an inspired and daring work of fiction. In its candour, wit, and earthiness, it is Grass at his very best.

I was confused by this book, was it fiction or autobiography? Having never read any of Grass’ books before, I wasn’t sure if this was the style he wrote in or if I just didn’t understand it.

The Box is the second instalment of Grass’s books in this series, with it written in an unusual style of fictionalized conversations among his eight children, while centring on Grass's photographer, Marie, whose cheap Agfa “Box” camera captured not just what was visible, but what the children were wishing and dreading. The concept was very appealing and had the basis for a great book with scenes from the past and the distant future, including surreal cameos by the family members themselves. I am actually going to give this book another read to see if I can grasp the concept or perhaps see if I can find the first book in this series to see if reading that will clarify the second book.
Posted by Scott Wilson at 3:37 AM