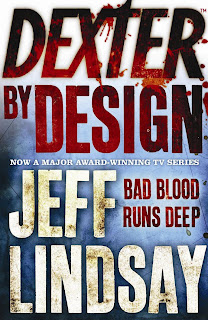 Being a blood spatter analyst who hates the sight of blood has always made Dexter's work for the Miami PD tough. But it means he's very neat when it comes to his out-of-hours hobby: murder. Of course, the fact Dexter only kills bad people helps too.

Now Dex is facing a disturbing situation. He's used to blood at work and blood when he's out with the dark passenger (the voice that guides him on his deadly outings). But he's not sure what to make of the man who says blood is art. Using bodies as his canvas, someone is out there expressing themselves in the most lethal and painful of ways.

If Dexter's to escape the scalpel and avoid becoming the latest exhibit, he needs somewhere to run...and he might just have found the perfect place. With his wedding looming, completing his nice-guy disguise, Dexter's honeymoon might just save his skin.

With the return of Dexter in this fourth instalment in the series we see our favourite serial killer returning from his honeymoon and in a more carefree mood. Unfortunately, this attidute seems to have spilled over into his nocturnal life and he becomes less strict with Harry’s code, the one thing that keeps him from being caught.

Lindsay writes to the formula that made his first two books extremely popular, with the usual cast of Dexter, Rita, Deb and the latest criminal that Dexter sets out to take out using Harry’s code. We also see Astor and Cody develop into disturbed children and heading down the same path as Dexter and his Dark Passenger. I really like this story arc involving Dexter’s apprentices in the books as opposed to the TV series where they are just your typical, average kids.

Once again, Lindsay has delivered a suspenseful crime story with dark humour and well developed characters.
Posted by Scott Wilson at 2:30 AM