Review:Bring on the Night by Jeri Smith-Ready 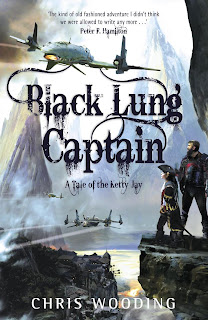 WHAT'S BLOOD GOT TO DO WITH IT?

Recovering con artist Ciara Griffin seems to finally have it all. A steady job at WVMP, the Lifeblood of Rock 'n' Roll. A loving relationship with the idiosyncratic but eternally hot DJ Shane McAllister. A vampire dog who never needs shots or a pooper-scooper. And after nine years, it looks as if she might actually finish her bachelor's degree!

But fate has other plans for Ciara. First she must fulfill her Faustian bargain with the Control, the paranormal paramilitary agency that does its best to keep vampires in line. Turns out the Control wants her for something other than her (nonexistent) ability to kick undead ass. Her anti-holy blood, perhaps? Ciara's suspicions are confirmed when she's assigned to a special-ops division known as the Immanence Corps, run by the Control's oldest vampire and filled with humans who claim to have special powers. To a confirmed skeptic like Ciara, it sounds like a freak fest. But when a mysterious fatal virus spreads through Sherwood—and corpses begin to rise from their graves—Ciara will not only get a crash course in zombie-killing, but will be forced to put her faith, and her life itself, in the hands of magic

Bring on the Night is the third installment in the WVMP Vampires series and is set with Ciara Griffin training for her new position with the paranormal paramilitary agency, known as the Control. The story is set 3 years after the end of the events of the previous novel. After completing her training she is lumped into the Immanence Corps with an unlikely group of gifted humans and vampires.

Like a good zombie novel, a seemingly common virus breaks out and commences to kill it’s victims within a matter of only hours of contracting the disease. The dead begin to rise and even the vampires are not safe from the horrific events. This book has all the favourite undead creatures that will keep everybody happy.

Jeri Smith-Ready writes characters that are extremely real and her stories are character driven. One of the other traits of Smith-Ready’s novel format it the using a song title as the chapter name. It also relates directly to the events of within that chapter so you kind of get a glimpse of what to expect in the coming pages.

The book runs smoothly and can be read within a day, so expect to be entertained for a week or so while you flick through the pages. That is one of the only downfalls ok Smith-Ready’s books, the quick read that they are.
Posted by Scott Wilson at 12:27 AM