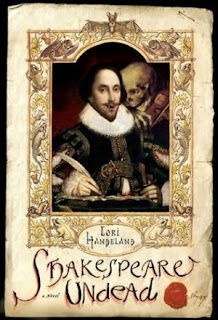 When speaking of William Shakespeare, legends and rumours abound. But what is fiction? And wherein lies the truth? Some say his impressive body of work is too impressive. No single human being could have written all those plays, that multitude of sonnets. Others insist the reality of the historical plays, the pain of the tragedies, the joy of the comedies, the authenticity of characters are all too much for one man. He'd have to be superhuman to produce such genius.

Well, here's the truth: Will was not only one of the greatest writers in the English language, he was also a necromancer. In exchange for a front row seat to history, Will supplied zombie armies. Sure, he's sorry now. Hey, he's refused to raise a shuffling, shambling corpse for years. And the talent – which comes only to a necromancer who's become a vampire – is extremely rare. So why are there so many zombies strolling around London? Will needs to find out.

He has help from Katherine Dymond, the famed Dark Lady of Sonnets 127-152. Katherine is Will's one and only love, the woman he can only be near in the dark. Together, Katherine and Will struggle against the reanimated corpses, even as they attempt to discover who has raised them, who is controlling them and what the zombies are after.

Lori Handeland is a USA Today and New York Times bestselling author, as well as a two-time recipient of the Romance Writers of America's RITA award. She lives in Southern Wisconsin with two sons, a husband, and a yellow lab named Elwood.

Handeland is known for her more mainstream paranormal romance novels, so this one is quite left field and surpsising for her. It is set in early England where zombie armies were raised to fight against enemies. William Shakespeare was at his finest, both in his writing and his slaying, for Will was no mere mortal. William Shakespeare was a vampire; a vampire who could raise zombies. But that was before he learned to control his Necromancer powers. After seeing the damage an army of the walking dead could do, Will vowed to never again use his powers for the gain of others.

Shakespeare Undead is written in two different points of views, with a chapter in third person from Shakespeare’s perspective and the next will be the mysterious "Dark Lady's" first person encounter.

The setting of sixteenth-century London, and is accurately portrayed with beautiful descriptive narratives of the dress and language. I also caught myself thinking of Shakespeare in Love because of the fictional liberty taken with Shakespeare’s actual life. Obviously with any fictionalization of Shakespeare's life, we're going to see some references to his literary works, but from the stolen balcony scene from "Romeo and Juliet," to Kate masquerading as a boy both to hunt zombies and to act on stage, to the Silvia speech from "Two Gentleman of Verona," it seemed Handeland's best knowledge of Shakespeare came from the movie and not history books. The last few lines of dialogue were brilliant, and I love where she left this story off.

Overall, this was a very entertaining read, and it gave me quite a few chuckles.
Posted by Scott Wilson at 4:09 AM