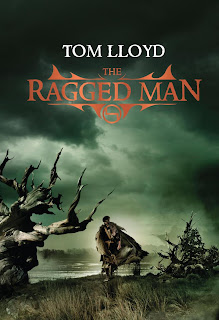 There is a new Saviour in the Land - but the people may come to regret the 'peace' he offers...

Continuing the powerful epic that started with THE STORMCALLER; the Lord Isak is dead, his armies and entire tribe in disarray. It falls to King Emin to continue the war alone, and the Menin are only too happy to meet his challenge.In Byora, Ruhen is developing his 'Saviour' persona. The Harlequins start preaching in his name and many of the pilgrims who flock to him are recruited to be 'Children', disciples who spread Ruhen's message. All over the Land people are starting to see Ruhen as the answer to their troubles.A showdown is coming: battle lines are finally drawn and the atrocities quickly mount. The spectre of the Great War looms, but in this age the Gods cannot and will not come to King Emin's aid. With the peoples of the Land turning against Emin and his few remaining allies, their only chance for survival lies in the hands of a dead man.

Tom Lloyd is contracts manager for a major London literary agency. He lives in Oxford.

The Ragged Man is the fourth book in the Twilight Reign series. If you haven’t read the first three books, The Twilight Herald, The Stormcaller and The Grave Thief, then you won’t be familiar with Lloyd’s style of creating several tangents and subplots with the overall them moving towards the final confrontation. Think of Tolkien and the fellowship of the ring, each of the main characters working towards the final objective but travelling along very different paths.

There is a war continuing between the gods and men that looks like it is going to end in the total annihilation of every creature and maybe even gods.
Posted by Scott Wilson at 1:18 AM