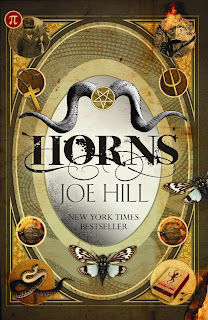 Gollancz
9780575079168
$59.99
Hardback
March 2010
448 pages
Horror & Ghost Stories
Ignatius Perrish spent the night drunk and doing terrible things. He woke up the next morning with one hell of a hangover, a raging headache...and a pair of horns growing from his temples.


Ignatius Perrish spent the night drunk and doing terrible things. He woke up the next morning with one hell of a hangover, a raging headache...and a pair of horns growing from his temples.Once, Ig lived the life of the blessed: born into privilege, the second son of a renowned American musician and the younger brother of a rising late-night TV star, Ig had security and wealth and a place in his community. Ig had it all and more - he had the love of Merrin Williams, a love founded on shared daydreams, mutual daring and unlikely midsummer magic.Then beautiful, vivacious Merrin was gone - raped and murdered, under inexplicable circumstances - with Ig the only suspect. He was never tried for the crime, but in the court of public opinion, Ig was and always would be guilty.Now Ig is possessed with a terrible new power to go with his terrible new look and he means to use it to find the man who killed Merrin and destroyed his life. Being good and praying for the best got him nowhere. It's time for a little revenge; it's time the devil had his due.


Joe Hill is a recipient of the Ray Bradbury Fellowship and the winner numerous literary, fantasy and horror awards. His short fiction has appeared in literary, mystery and horror collections and magazines in Britain and America. He lives with his wife and family in New England.

I became a fan of Joe Hill (aka Stephen King’s son) after reading Heart Shaped Box and before finding out that Joe Hill was in fact the son of my other favourite author. Hill writes an excellent novel and the stories stand on their own merit, putting to bed any notions that his books have only been published because of who he is related to.

Horns is even better than Heart Shaped Box in the sense that Hill’s writing has become even smoother and more refined with his second novel, (third book if you count the anthology that he first put out in 2008). The book is just so darned easy to read and hard to put down once you open the covers.

Horns opens with the MC waking up with one hell of a hangover and finding an unusual pair of devil horns protruding from his forehead. Nobody else seems to be able to see these at first, but he does notice that people he talks to have a strange desire to speak the truth and act on emotions they normally wouldn’t. Like Heart Shaped Box, Horns is fast paced and full of twists and turns that will keep you on the edge of your set in anticipation and suspense.

Horns is a great read and I can’t wait for Hill’s next novel.
Posted by Scott Wilson at 3:21 AM