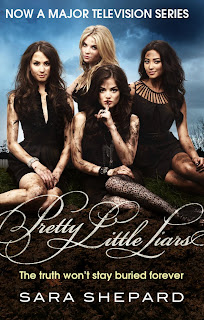 Review:
Pretty Little Liars was first release back in 2006, but has just gained a widespread success after the television series by the same name came out recently. There are eight books in the series, so with the rerelease of these books I can see it being a high seller.
The story is about a group of school girls that have a very close knit relationship until one night before the start of year eight, when they have a sleepover and Ali disappears after a fight with Spencer. The group falls apart and each girl goes their separate way until Ali reappears after three years.
This is where the fun begins and all of the girl’s secrets are threatened to be exposed by a mysterious person known as A.
If you loved the series then you’ll really enjoy this book.
Posted by Scott Wilson at 11:16 PM