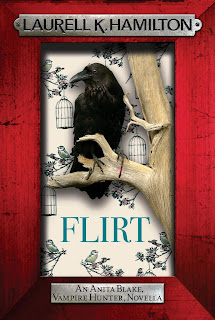 Review:
Skin Trade is the eighteenth book in the Anita Blake Vampire Hunter series. It is also the shortest of all of the Vampire Hunter Books at just under two hundred pages.
Some people don’t take no for an answer. And Anita learns this the hard way in Flirt. When a grieving husband asks for his wife to be raised from the dead, Anita just can’t and won’t do it for various reasons I won’t go into here. The husband takes things a step to far trying to force Anita into doing what he wants. Unfortunately for him, Anita has her own secrets and he learns that sometimes no means no.
Posted by Scott Wilson at 9:02 PM