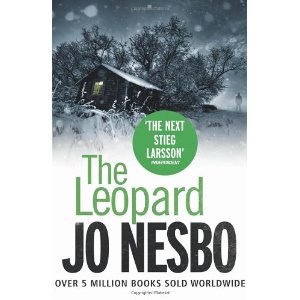 Harry Hole is back and this time he's back from very, very far away. Another gripping instalment in this prize-winning and acclaimed series by the internationally #1 bestselling crime writer in Norway.

Two women are found murdered in Oslo — both of them have drowned in their own blood. What mystifies the police is that the puncture wounds in the victims' faces have been caused from the inside of their mouths. Kaja Solness from Homicide is sent to Hong Kong to track down a man who is the Oslo Police Department's only specialist on serial killings. The severely addicted detective has tried to disappear in the vast, anonymous city. He is on the run and haunted by his last case, the woman he loves, and creditors alike. His name is Harry Hole.

JO NESBØ is a musician, songwriter, economist and author. His first crime novel featuring Harry Hole was published in Norway in 1997 and was an instant hit, winning the Glass Key Award for best Nordic crime novel (an accolade shared with Peter Høeg, Henning Mankell and Karin Fossum). The Leopard is the sixth of Nesbø's novels to be translated into English.

Anyway, The Leopard sees Inspector Harry Hole recovering from the horrific events that unfolded in the previous book, The Snowman. He is coping with the demons in the seedy world of the opium dens in Hong Kong, where he is found and convinced to go back to Oslo. Only the news of his father in hospital on death’s doorstep sees Harry willing to go back to his old job and a new case.

With Hole back in Oslo, things are very different to when he left it at the end of The Snowman, and he is like a fish out of water with the new structure and divisions of the police service. This element adds even more conflict and turmoil to the story, which is already loaded with this via the serial murder case and condition of his father.

Great book with an excellent pace.
Posted by Scott Wilson at 12:53 AM