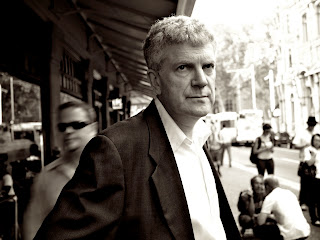 Scott: Thank you so much taking the time to chat with us here at The Fringe magazine. I’ve recently finished reading your latest novel, The Simple Death, and thoroughly enjoyed it.


Scott: When you wrote The Tower, did you plan on making a series of novels with detective Nicholas Troy as the main character?

Michael: Yes and I made him pretty young, early thirties. Most fictional cops are older and wiser, but I thought it’d be interesting to follow someone through his career and see him grow.

Michael: I have to mix it with other work, so it’s only about three hours.

Scott: How did your friends and relatives react when you told them you were writing a novel in the crime genre?

Michael: They seemed interested in what I was going to do with it. It’s a pretty amazing genre when you look at the variety and depth of some of the crime novels now being published.

Scott: What sparked your interest in writing and did you start off by writing short stories or go straight to working on a novel?

Michael: I actually wrote a few literary novels when I was younger but they weren’t too good and were never published. Then I started to enjoy reading crime and after a bit realized I wanted to write it. I wrote one and a half duds before The Tower was accepted.

Michael: Research can really kill it. The ideas have to come from inside, not outside. So it’s best to do that first draft or two and then maybe check some details. 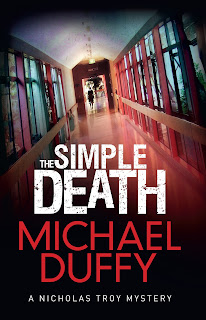 Michael: Big question. I read a lot of true crime to keep the fiction anchored. At the moment I’m on Alphaville by Michael Codella and Bruce Bennett, about being a cop in New York in 1988. My favourite crime authors are Michael Connolly (The Concrete Blond stands out in my memory, for some reason) and a little-known and intense American named James Sallis (for example, his Bluebottle). I’m also drawn to spy novels that have the sort of moody intelligence you get in good crime, such as John le Carre (The Spy who came in from the Cold) and Alan Furst (The World at Night), a terrific writer who deserves to be more widely read.

Michael: Actually I don’t think much has changed. The golden rule is to get an agent, and writers’ societies provide lists of agents to pick from.

Scott: Thank you very much for your time. I look forward to your next book.
Posted by Scott Wilson at 1:50 AM