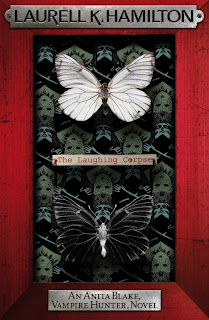 Review:
The Laughing Corpse is the second book in the Anita Blake Vampire Hunter series. Anita has the ability to reanimate the dead as zombies and also works to solve murders. The name of this second book is also the name of a vampire comedy club.
I love Anita Blake, the series is brilliant and I’m so glad that Hamilton has written so many books. In this instalment, Anita is in a rush to find a zombie who just isn’t right. As well as this, Anita has to deal with many other threats and the normal issues of life. It’s a hard life for her, yet so entertaining for the readers.
This is a definite winner, with so many subplots and action.
Posted by Scott Wilson at 8:15 PM