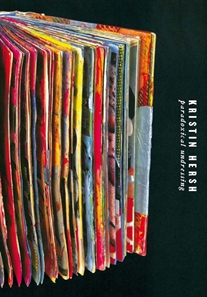 A powerfully original memoir of pregnancy and mental illness by the legendary founder of the seminal rock band Throwing Muses, 'a magnificently charged union of Sylvia Plath and Patti Smith' - Guardian

Kristin Hersh was a pretrnaturally bright teenager, starting university at fifteen and with her band, Throwing Muses, playing rock clubs she was too young to frequent. By the age of seventeen she was living in her car, unable to sleep for the torment of strange songs swimming around her head - the songs for which she is now known. But just as her band was taking off, Hersh was diagnosed with schizophrenia.

Paradoxical Undressing chronicles the unraveling of a young woman's personality, culminating in a suicide attempt; and then her arduous yet inspiring recovery, her unplanned pregnancy at the age of 19, and the birth of her first son.

Kristin Hersh is an American songwriter and guitarist. She founded the seminal art-punk band Throwing Muses at age fourteen and is widely recognised as an indie rock pioneer. She is a mother of four, and lives in New Orleans.

If you don’t know who Kristin Hersh or Throwing Muses are, you will still find this autobiographical piece of literature. Hersh’s book is a graphic account of her life as a talented, but emotionally unstable teenager and her fight with schizophrenia. Paradoxical Undressing is quite an eye opener to another side of life, especially if you have never known anyone with a mental illness or have a child with such a condition.

Kristin formed her punk band, Throwing Muses, when she was only fifteen, yet she was homeless and living in her car only two years later. Her life was full of torment and mental anguish even though her extraordinary was the other side of this coin. Hersh attempted suicide and then became pregnant soon after at the age of only 19. By the time she was twenty, Hersh had experienced more than more people do over a normal lifetime.

I enjoyed this read although it was quite a tragic tale of a talented woman.
Posted by Scott Wilson at 7:34 PM