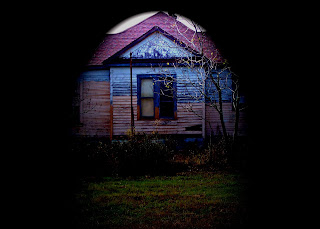 Sarah selected the peaceful village for its large oak trees, brick-paved avenues, peaceful surroundings and her ability to walk to the grocery store. She was eager to leave the horrors of the big city behind and rebuild her life after her husband of thirty-eight years was killed in a failed carjacking right before her very eyes. She longed for serenity, safety and a friendly social environment. She believed she’d found all these things in Rising Sun, Texas.

The first six months of reinventing herself went better than she had expected. She made a few friends who asked her to join their bridge club. She established her membership at the United Methodist church, one of thirteen congregations in the small town, and quickly became active in the choir and began teaching Sunday School. The busyness surrounding her new life helped to keep her tragic memories at bay.

It was mid-December. As she planned the Christmas social at the church, the thought began to dawn on her that it was unseasonably warm for this time of year. Even in Texas. She dismissed it as a cyclical thing, not believing in global warming. However, the nightly newscasts, broadcast from the big city and received on her TV set with some static, focused with increasing alarm on the dramatic phenomenon. Just as the days were supposed to be getting shorter, they were getting longer.

Sarah knew that something was seriously wrong when, at winter solstice, the sun came streaming through her bedroom window at 3:45 a.m. She gathered herself into her winter robe, as did others on her quiet street, and went outside to stare up at the sun with hand-shaded eyes. Quickly, she broke out in a sweat and ran back inside to switch her air conditioning system from heat to cool.

But she was undeterred by this strange sunrise. She had too many things to do. No crazy weather pattern or astronomical anomaly was going to keep her from completing her tasks for the Christmas social, scheduled for that evening at the church.

She donned her shorts and flip-flops, turned on the coffee she had prepared the night before and was soon immersed in last minute tasks on her to-do list: make five more wreaths for decorations, bake ten dozen more sugar cookies in the shape of Christmas trees and ice with green frosting, double-check the ingredients for the wassail, and call the bakery one more time to make sure the Yule logs would be ready for pick-up by noon. She searched through her closet for something cooler to wear to the festivities other than her sparkly red Christmas sweater.

At precisely 11:50 a.m., she left her home to walk the three short blocks to the Main Street bakery to pick up the Yule logs. She had an uneasy feeling as she strolled along the familiar street and wasn’t sure what was wrong. She couldn’t quite put her finger on it and at first, thought it was only the temperature. She looked around and others seemed to be going about their business as usual. At the corner, as she waited for the light to change, the long shadow of a fellow pedestrian passed over her as he came to stand beside her and that’s when it hit her — the shadows were all wrong.

She was no astronomer, but at noon, she knew the shadows should be short and barely noticeable, not elongated as at dawn or dusk. She shaded her eyes and glanced up at the sun to verify that it was, indeed, at the zenith of its orbit, or rather, the earth’s rotation. Sure enough it was. Then she looked at her own shadow, the one she had befriended as a child — trying to outrun it, or trying to jump on it before it could move. There it was, stretched out before her, ten times longer than it should have been. This was not the shadow-friend of her youth.

That’s when her shadow, along with all the shadows of the other pedestrians, rose up off the ground, finally freed from gravity, and reached their long dark arms for the throats of the humans who had given them life.

When the humans were relieved of their life-giving breath, the shadows turned in unison and bowed to the sun.
Posted by Scott Wilson at 8:20 PM

What a creepy, unusual story! Shadows...now just one more thing to worry about. Love the photo...surreal and mysterious...just right for this story.
Lynn

You have to wonder....
Did Sarah bring this with her? Is this the beginning of something global?
Creepy yes, but love the image of being finally freed from gravity. Nicely paced. Nicely done.
Kimberly

Thanks so much for the nice comments! That's a good question about is this the beginning of something global - I'll have to think about it!