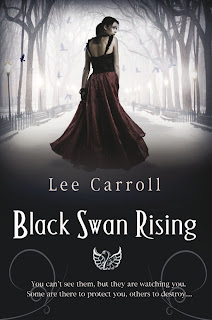 The first novel in a thrilling dark fantasy trilogy that will appeal to genre and non-genre readers.

DESCRIPTION OF BOOK
New York jeweller Garet James has her fair share of problems: money, an elderly father, a struggling business. One day she comes across an antiques shop she’d never noticed before. The owner possesses an old silver box that’s been sealed shut. Could she open it, perhaps? She does, and that night strange things begin to happen. It’s as if her world – our world – has shifted slightly, revealing another, parallel place that co-exists without our knowledge: the world of the Fey…

Garet learns that one of her ancestors was 'the Watchtower': an immortal chosen to stand guard over the human and the fey worlds – a role that Garet has, unwittingly, inherited from her mother. But the equilibrium between these two existences is under threat. For the 16th-century magician and necromancer Dr John Dee has returned, the box has been opened and the demons of Despair and Discord released. In a race against time and the impending apocalypse, it is Garet who must find Dee...and close the box.

Garet Jones is trying to figure out how to get out of debt when she wanders into an antique shop. There she discovers a jewelry box that has the same design as a ring given to her by her late mother. The owner of the antique shop, John Dee, offers her some money if she can open the box since he has not been able to do. When she does, Garet unknowingly releases an evil force controlled by Dee. She then discovers that she is a descendant of generations of women who have the ability to defeat the evil force. Working with fairies, mythical creatures and a vampire, Garet learns about her identity that her mother tried to shelter her from.
This book is about a woman's transformation from "plain jane" to a strong warrior. Garet has to figure out whom to trust, and if she should follow her heart or her brain. She makes many mistakes along the way and that is what I loved. She is definitely the imperfect warrior. She didn't want the job but she knows that she is the only one that can do it. Not only is it Garet's job to be a guardian between the mortal and otherworld but it was Garet's destiny. The job is also, what killed Garet's mother and because of her mother's death, Garet does not want to make the same mistake of running from her destiny as her mother did

Garet is a very likeable character with a wonderful sense of humor. She approaches the situation she is in just like I think most of us would - a sense of disbelief mixed with amazement. At the same time, she tries to fight her fate/destiny. She wants to do what is right for all but her emotions and feelings get in the way at times. The story takes place in present day NYC with elements of history, Shakespeare and the arts. I understand that this is the first of a possible trilogy. Looking forward to the next book
Posted by Scott Wilson at 10:49 PM