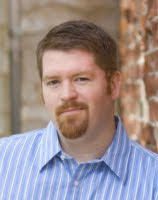 The start of a brand new trilogy from the New York Times bestselling author of THE WAY OF SHADOWS. Gavin Guile is the Prism, the most powerful man in the world. He is high priest and emperor, a man whose power, wit, and charm are all that preserves a tenuous peace. But Prisms never last, and Guile knows exactly how long he has left to live: Five years to achieve five impossible goals. But when Guile discovers he has a son, born in a far kingdom after the war that put him in power, he must decide how much he's willing to pay to protect a secret that could tear his world apart.

Brent Weeks
Brent Weeks studied at Hillsdale College, before brief stints walking the earth like Caine from Kung-Fu, also tending bar, and corrupting the youth. (Not at the same time.) He started writing on napkins and, eventually, someone paid him for it. Brent doesn't own cats or wear a ponytail. Author Location: The Way of Shadows (978-1-84149-740-2), Shadow's Edge (978-1-84149-741-9)

The Black Prism follows the Prism Gavin Guile (the Prism is the religious leader-like the Pope) as he attempts to complete five great purposes before his death in five years. The world is composed of the Seven Satrapies, and the Chromeria where drafters-magic-users-are trained in service of the Satrapies, the Prism being the most powerful drafter of all. Sixteen years ago, the Prism fought and defeated his brother in a civil war to attain his title, and now the satrapy Tyrea, who sided with the losing brother, is attempting to declare independence. In Tyrea, Kip's hometown is destroyed by the cruel new king, and the ungainly, hapless young man becomes a part of the powerful events that are about to shatter the Seven Satrapies.

Kip is a fantastic character. All of them, even the secondary and tertiary characters, are so developed, so tantalizingly near real. In this case, I found TBP to surpass the NAT. In fact, as much as I love the NAT Weeks has obviously grown as a writer and TBP is more polished and more well-paced than the NAT. Anyway, there are many things about this world, especially the Chromeria and drafting, that are somewhat hard to explain. In fact, any dedicated in-book explanation would amount to boring, excessive exposition and I might have never finished the book. But this, I think, is what made it difficult for me to become engrossed; I wasn't addicted until I had a firm grasp on the idea of chromaturgy. So, if you're not as slow as me, you'll become engrossed within the first page or three.

There was a consistency in the excessive difficulty the competent and incompetent characters alike had with the challenges that arose to meet them, which did make the story a bit predictable and lack some surprise in parts. It also takes a bit of an element of realism out of the character where nothing ever goes to plan for them. Sure, there needs to be some adversity, but not for every task or action that occurs.
As with Brent’s previous trilogy, this novel looks like the start of another great series.
Posted by Scott Wilson at 9:43 PM