The Best of H.P. Lovecraft Review 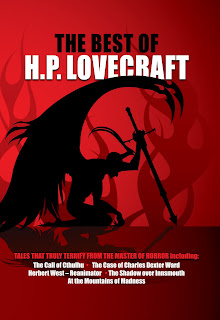 The Best of H.P. Lovecraft

Howard Lovecraft is undoubtedly one of the most influential writers in the history of horror fiction, with Stephen King acknowledging that 'Lovecraft opened the way for me, as he had done for others before me' and Arthur C Clarke proclaiming him 'One of the twentieth century's most original writers'.

Lovecraft's Herbert West: Reanimator, was turned into a series of movies that started with the 1985 film Re-Animator and rolled on through Bride of Re-Animator in 1991 and Beyond Re-Animator in 2003. Included in this mammoth anthology of Lovecraft horror are some of his scariest stories such as 'The Call of Cthulhu' (a terrifying tentacled alien god); 'Herbert West: Reanimator', about a man who can bring people back from the dead; 'The Rats in the Walls' (don't even go there); and 'The Dunwich Horror', among many others. Lovecraft claimed to base his stories on the strange and disturbing dreams from which he suffered. Don't dare dip into this book unless you want to share in Lovecraft's nightmares!

Howard Phillips Lovecraft was born in Providence, Rhode Island in 1890. A sickly child, he barely attended school but read a huge amount. His ambition as a young man was to become an astronomer, but he lacked the qualifications to go to university and ultimately turned to writing and editing. Although he was not famous as an author during his lifetime, his status as one of the great 20th century horror writers grew after his death from cancer in 1937.

This collection of HP Lovecraft stories will induct any into the eerie world that inspired many of today’s speculative fiction writers, including Stephen King.

The collection contains ten of the best known pieces by Lovecraft, including Call of Cthulhu, The Dunwich Horror, At The Mountains of Madness and many more.

Readers unfamiliar with the work of Lovecraft would be wise to invest in a copy of this collection to get them started in the horrifying world of the Master.
Posted by Scott Wilson at 11:12 PM