Louis Hesbank had been sitting in his gran’s front room, sipping tea and eating a homemade cheese scone when the call came. Both gran and grandson had been seated in comfortable armchairs, reclining in contented quiet whilst an evening chorus of birds burbled in through the open window. Despite the warmth of the summer sunset, Louis’ gran had covered her legs with a crocheted blanket and Louis was saddened by just how old she looked. Photographs of Louis adorned the mantelpiece and shelves; standing proudly beside the occasional ornament; Louis in a too-big football jersey, Louis at Christmas, gap-toothed beneath a tinsel-wrought tree. He only wished he had done something with his life, if only to make her proud; if he had carried on with the football, rather than turning to girls and cigarettes, he could have made it big, paid off his gran’s house or even bought her a new one – all mod cons, whatever she wanted. No use to her now though, too old to restart with the football, too young to have a proper career, Louis always mistook the pride in his grandmother’s eyes for sadness when he visited. 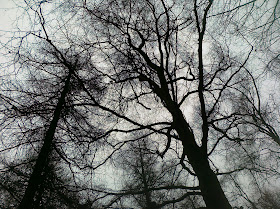 The TV that was flickering gently before them suddenly went dead; the picture swirled into blackness, flushed into a plughole. Louis and his gran looked at each other and Louis saw a hint of worry cross her face.

“Oh dear.” He exclaimed cheerfully, “Might have been a fuse. You stay there, I’ll sort it.”

Louis got to his feet and walked over to the television, clicking the on/off switch a few times. It was strange, the light beneath the switch glowed to indicate power; there was just no picture.

“Hmm.” Louis walked back a few paces and tapped a multitude of buttons on the remote control. Again, the power button shimmered, but the screen stayed blank. An instant frustration seized Louis, this was another thing he was unable to do.

There was a sudden knock at the door that made Louis jump; he looked over to his gran, who shrugged. Louis walked into the porch and pulled the door slightly open, a swift lurch of protective adrenaline for his gran swirled in his stomach, there was a distinct unease about the whole situation. Louis opened the door about a foot wide, filling the space with his frame and puffing out his chest. A pair of wrinkled, worried faces looked back; it was the elderly couple from next door. Louis smiled, a little uncertainly, deflating his chest. There was something not quite right about this whole situation.

“We’re sorry to bother you,” the woman smiled, her expression slightly strained, “it’s just, we need to check our lottery numbers and the TV’s broken.”

Louis was about to answer, when the phone began to trill behind him. He issued the couple inside and walked back into the living room, his gran looked at the ringing phone suspiciously; the feeling of something not being quite right began to fully blossom inside Louis now.

“I’m not expecting anyone.” Louis’ gran looked a little worried herself, her eyes flitting back and forth to Louis and the couple from next door.

Louis picked up the telephone, a strange sort of fluttering beginning inside him. The sound on the other end of the line was frantic; the muffled chatter of a busy call centre. After a few seconds of this noise, a voice began talking;

“Good evening sir or madam,” the voice was male, with a strong Indian accent. Louis was a few seconds from replacing the handset and cursing a sales call to an old lady, but there was a peculiar urgency to the man’s voice, a desperation that made Louis stall.

“Please, sir or madam, do not hang up the phone, this is not a sales call,” the man continued briskly and firmly. “This is an official notification from the ministry of defence, UK. You may have noticed that your television, radio and time-keeping devices have stopped working.”

Louis looked around him from the blank television screen to the brass carriage clock on the mantelpiece. His gran and the couple from next door who were now perched on the edge of the sofa were looking back at him, their eyebrows raised. The man on the other end of the phone continued;

“The ministry have been instructed by the Prime minister at nineteen forty seven hours this evening, to contact every home in the British Isles to explain the situation. I must ask you a series of questions.”

Louis looked around again, he had heard something faintly on the air; the others in the room had heard it too. It was the chilling wail of a siren that was nothing to do with the emergency services. The blood drained from the faces of the three pensioners and their mouths began to gape in terror at the faint siren that reminded Louis of every single World War film or documentary he had ever seen. A sudden churning began in his stomach;

“Louis...” His gran’s wrinkled hands were clasped against her chest, ‘hang on’ he mouthed, turning back to the phone.

“Question one,” the man said, “are there any men or women in your house, currently, between the ages of sixteen and forty years old?”

“Thank you sir.” There was the sound of clicking from the other end of the phone. “Can you confirm your name and address please, sir?”

“It’s not my house,” Louis tried to explain. The man cut him off once again.

“I’m sorry to be fast with you sir, but please just confirm your name and the address of where you are. House number and postcode will do.”

Mystified, Louis complied; the siren from outside was getting slightly louder. The man continued to speak;

“Now sir, is there anyone else currently in your house who is either over or under the ages I have stated, any children or anyone who is disabled or housebound?”

“Please sir, you must instruct them to make their way to their nearest police station, I have your details logged and I must now confirm this is an official call to arms from the Ministry of Defence.”

“Please sir, you must make your way to your nearest Territorial Army barracks, I will give you the address.”

More clicking from the phone and Louis looked back at the others in horror. The siren still wailed from outside.

Louis Hesbank turned the spit above the dying embers of the fire, watching the meagre fat from the blackened rabbit carcasses sizzle, cascading a minute shower of juices over the grey ashes that lay like dust over the glowing shards of wood. Jess and Erik sat opposite him, their eyes downcast. Both of them looked thin; their cheeks sallow and the skin under their eyes wrinkled and grey. The rain outside fell in a relentless tattoo that could still be heard from the bottom of the sloping tunnel; leading deep under the forest floor, into the ancient mineshaft that held sanctity for the three of them.

“My gran hated the war,” Louis murmured, noticing the others look up.

Louis hadn’t revealed much of himself since the four of them had met, in that basement, all that time ago. Louis had simply followed Cal, as had Erik and Jess; he had kept up the pace as the four of them trudged for nearly a day through the fields until they had reached the forest. He had followed them down into the entrance to the mineshaft and had stayed a silent observer as the rest of them cried together with terrified relief. He had taken his turn at keeping watch for the Cigars, trailing their ghastly light across the skies at night; he had stayed quiet and none of them had asked why, they didn’t need to.

“I remember what she said to my mum, when they declared war on Iraq.” Louis trailed off, his throat closing in a tearful knot.

All of them had fled death to get here. There was time for all of them.

Louis regained his composure and continued.

“We’d watched the soldiers die in Iraq, in Afghanistan, on the news. I told her that I wouldn’t have to fight, that the last thing I’d be doing is going to die out there. She’d seen my granddad go to fight in both wars, she’d waited through them for him to come home and she’d watched him die. I couldn’t conceive what that must have been like.”

Erik pulled the spit off the fire and leaned it up against the wall to cool.

“When the call came, all I could think about was my gran.” Louis shook his head, “I didn’t know what to do...did I stay and look after her, or did I run?”

Tears began to trickle silently down Louis’ cheeks; he fumbled in the inside pocket of his sodden, tattered coat and pulled out a crumpled parcel of greaseproof paper.

“This is all I have left of her....” he uncrumpled the paper and held out a dulled, copper pennyfarthing coin. “I don’t know why I took it. After the call came, after we heard those fucking sirens, she started filling my pockets with cheese scones, the coin was just...lying there on the mantlepiece....”

Louis’ voice was getting higher, Erik and Jess looked quickly at each other, brows identically knotted in sudden concern. Louis was really crying now, his words sounded strangled as he spoke through hiccupping sobs.

Erik stood up suddenly, Jess raised her hand in faint protest but Erik brushed past her and walked over to Louis’ side of the fire and swung his hand, slapping Louis’ tear-stained face with the back of his hand. Jess gasped and opened her mouth, but Erik turned back to her, his eyes swimming in the firelight with what looked like tears as well.

“No more!” Erik’s voice did not waver, he turned back and stared down at Louis who was sprawled across the pebbled floor.

“We cannot do this to ourselves!” Erik shouted, “remember what Cal said, Louis... remember!”

A torturous few seconds passed, where the only sound was the steady drumming of the rain from high above them and the hiss of the fire. Louis got slowly to his haunches and sat before the fire again, his filthy hair hanging down over his face. He mumbled something and Erik, still standing gazed down at him.

“Say it Louis, say it.” There was no malice in Erik’s voice, only a steely determination. Louis raised his head slightly and spoke, his voice rough with misery.

“Think only of tomorrow, never further, never back...”

Erik bent before Louis and engulfed him in a tight, desperate hug, the tears now leaking from his eyes. Jess scrambled over from where she had been sitting and threw her arms around them both. Erik was talking softly into Louis’ ear.

“We’ve all left the people we love behind Louis, each one of us. We might see them again, we might never...but if there’s one thing...one thing that we have to keep, and that’s our heads. It’s like Cal said, if we give in to memories, if we give in to the past, we’re dead.”

Slowly, the three companions unlocked their embrace and sat down against the wall of the stone passage. A swift calm descended around them as they simply listened to the crackling of the fire and the drumming of the rain from above.

“Louis,” Erik’s voice was quiet now, his eyes on the fire, “we need to eat something, then you’re on watch.”

A few uncomfortable seconds unfolded as Erik got to his feet again; his movements were laboured this time, tired. He reached for the wooden spit that had been forgotten against the tunnel wall. In silence, Erik divided up the lukewarm meat into the hands of the others and they moved closer together instinctively, shoulder to shoulder, licking the excess fat from their fingers, leaving nothing to waste.
Scott Wilson at 4:30 PM
Share